Warning We use cookies. By closing this message or continuing to browse the site, you are agreeing to our use of cookies on this browser. CLOSE
Winnipeg 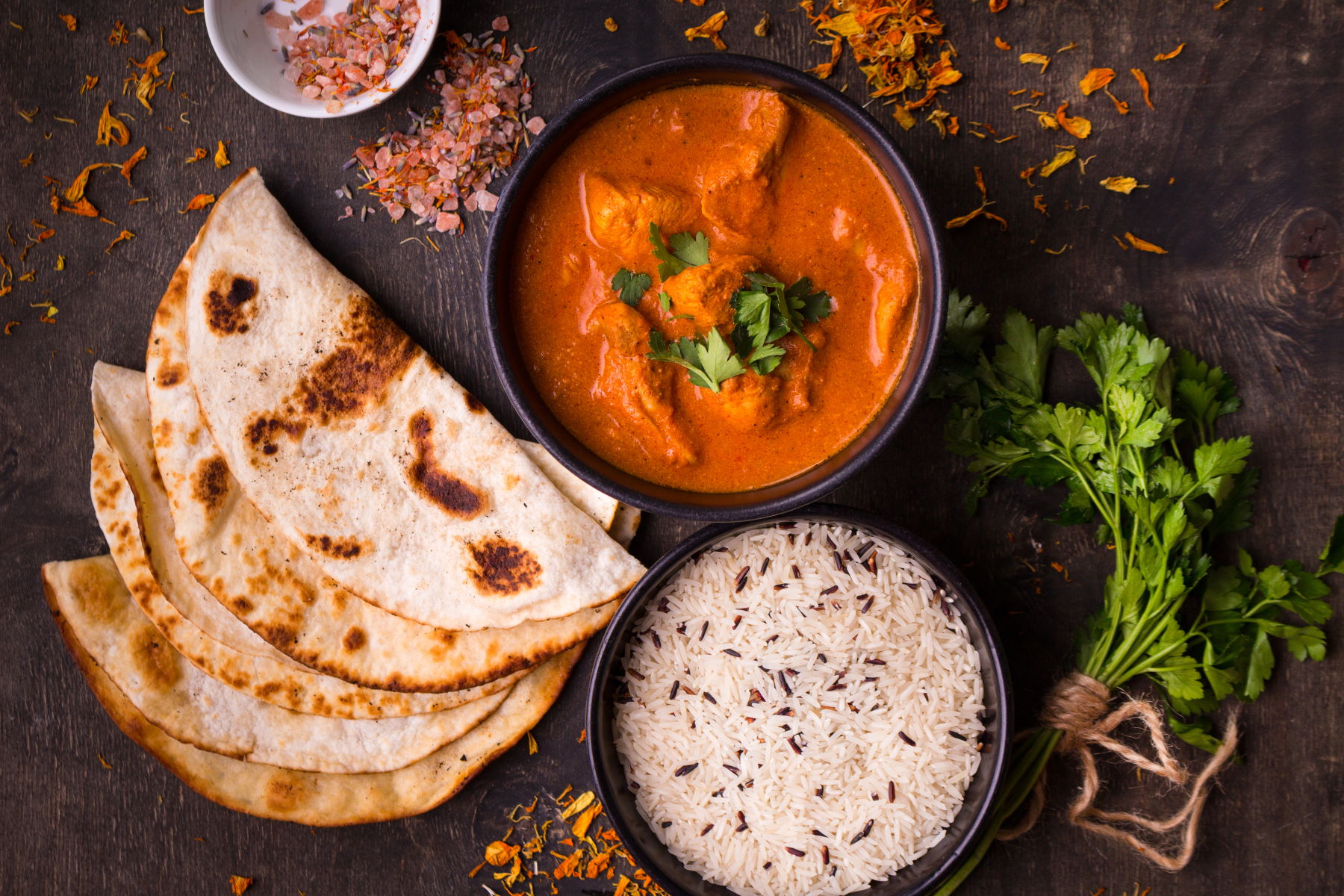 Our eyes gleam with joy, the mouth begins to water the moment someone just mentions the iconic Indian dish: Butter Chicken. This classic gravy has not only tantalized the international palate with its authentic blend of cream and spice but also won the hearts with its gentrified versions. Butter chicken, natively known as Murgh Makhani, has been through an evolutionary journey yet never missed a mark on being a gustatory delight!

Although several blogs are floating around the internet that apprize us of its humble beginnings in India or the UK, the most intriguing part resides in the motive of its origin.

This aromatic, saucy and savoury dish was actually an attempt to salvage the leftover tandoori tikkas (roasted chicken pieces) from getting wasted!

That's right! Kundan Lal Gujral, the brain behind this recipe, stumbled upon this gastronomical treat while repurposing his unsold, dry tikkas. But little did he know that his discovery would leave an unprecedented mark in the history of Indian cuisine and be one of the most searched Indian recipes online one day!

Considering its popularity worldwide, it won't be surprising to say that almost every Indian restaurant menu is incomplete without this glorious dish.

While every Indian restaurant claims to serve the most flavourful recipe, Moti Mahal Delux, the birthplace of butter chicken in Delhi, swears by its carefully guarded secret ingredients curated by its founding father–Kundan Lal Gujral.

His infamous recipe worked wonders to attract global attention with its palatable and unique taste. Today, they have over 150 franchises opened in India and abroad – all due to this mouth-watering tomato-y sauce mixed with tandoori chicken.

Wooing international celebrities with its buttery delight, this Indian restaurant also stunned and impressed Gordon Ramsay, the legendary Brit chef and restauranteur known for his harsh criticism. He was so delighted by this dish during his first culinary voyage to India in 2010 that he still tweets about his continual love for butter chicken!

A true Indian food lover never misses a chance to visit the home branch located in Daryaganj, Delhi, to taste the original masterpiece!

It might leave you wondering, what makes butter chicken a globally acclaimed delicacy?

The answer lies in its mouth-watering sauce made with tangy tomatoes that are skillfully balanced with the sweetness of rich cream and aromatic spices. Not to mention, the smokiness of marinated chicken, roasted in a clay oven or tandoor.

All these magical ingredients blend into a velvety-textured gravy, which goes heavenly with naan bread or rice.

This quintessential delicacy has been through several evolutions pleasing its global audience. For instance, replacing full-fat cream and chicken with vegan substitutes such as almond cream and tofu. Then there is the not-so-buttery version for diet conscious patrons. It may compromise a little on taste, but is a much healthier version than the original.

Fast-forwarding to modern times, the eccentric reincarnations of this mildly spiced curry have been gaining traction lately. Restaurants have successfully cashed in on this growing hype for butter chicken by coming up with globalized avatars.

Interestingly, the food companies have also come up with instant cooking options like ready-made sauce, spice blends, meal-prep kits and what not to cut down the preparation time.

It's worth appreciating that murgh makhani has had a beautiful journey so far-from its meek origination to a culinary sensation. In fact, it is likely to continue its legacy while matching our fast-paced lifestyle with its contemporized versions.

Before I wrap up this memorable journey, what could be more delightful than recreating your own restaurant-style butter chicken within the comfort of your home!

Here is a 30-minute recipe with some quick hacks to ace this decadent delight:

1. Mix all the ingredients of chicken margination in a bowl and let it rest for at least half an hour.

Pro Tip: Save your time and energy by bringing pre-marinated raw tandoori chicken from the market.

2. Broil the marinated chicken in an oven for 20 minutes (changing the sides after every 10 minutes) or grill it on a pan by putting some oil on the base.

INSTRUCTIONS FOR BASE GRAVY

1. Heat a separate pan and add all the gravy ingredients one by one in the written sequence except for water.

2. As the onions become translucent, add water and cover the pan.

3. Let it simmer at medium heat for 20 minutes till the tomatoes become mushy.

Pro Tip: Add pasta sauce if you feel the tomatoes are not tangy enough or fell short in quantity. 4. Blend this mixture in a grinder or with a hand-blender into a smooth paste.

5. Add some extra water (1/4 cup) to make it fine and easy to strain through.

Pro Tip: Add a slice of bread while blending the paste to increase the gravy without tampering the taste.

6. Strain the gravy through a big strainer into a separate bowl, leaving behind the residue of whole spices and tomato peels.

INSTRUCTIONS FOR THE FINAL SAUCE

2. When the spices begin to splutter, add the strained gravy into the pan.

3. Add sugar and check seasoning while it comes to a boil.

4. Now add the cream, mix it and add the chicken tikkas along with its residual oils for that extra glaze and aroma.

Butter Chicken: Journey from Local Origin to Global Makeover
Roll Into The Weekend With These Must-Have Vegetarian Lobster Mushroom Rolls
A Walk Through The Filipino Kitchen

Shop With Trust
Secured and Trustworthy
Shopping on our
Marketplace